You are here: Home / How To Write Fiction - Advanced Tips / Create Layers of Tension With Subtext To Surprise Readers 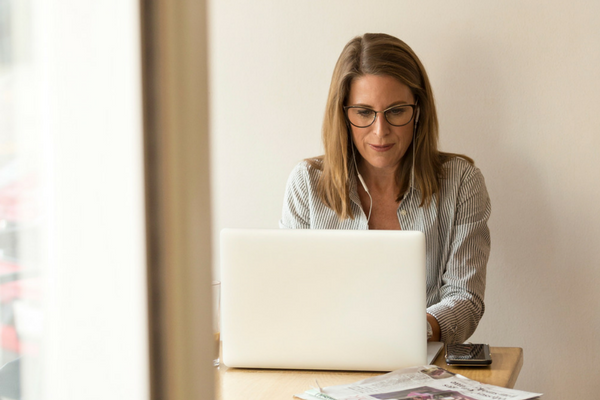 Subtext is the unspoken communication that takes place between characters in a story. It usually takes place when there’s disparity between what a character says, thinks, and feels. It’s also used effectively when the point of view character shares knowledge or an experience with another character, but no one else in the room or conversation is aware of it.

Non-verbal communication can include movements (ie. hand gestures), voice tone and volume, facial expressions (including micro expressions which flash across a face for the barest of moments usually to suppress emotion), and posture. These all combine to create what Psychology Today called “a silent orchestra” that makes up communication. Studying body language, and how non-verbal communication can influence perception and behaviour is vital to writing in Deep Point of View.

In order to have a character’s thoughts/feelings/desires desire from his words or actions, requires planning on the part of the writer. Personally, I don’t even bother trying to incorporate subtext on a first draft because I don’t know my characters well enough yet. If you’re more of a planner, then you may approach it differently. 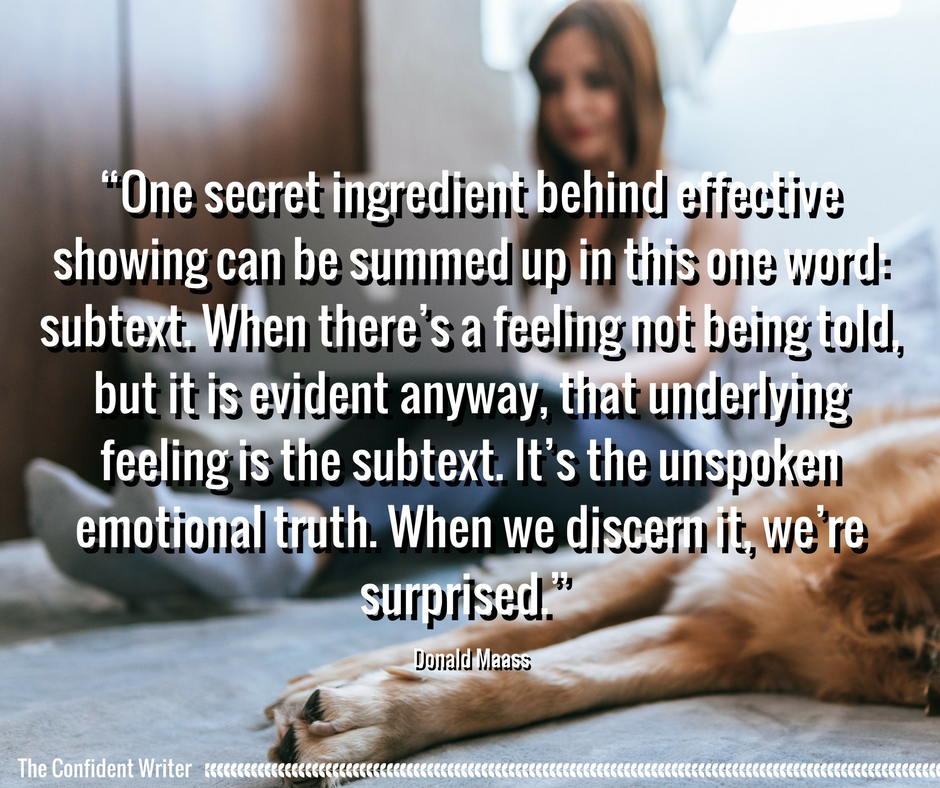 On-the-nose dialogue happens with particularly straight-forward characters. The people who have no filter, nothing to lose, who actually say and do exactly what they believe/think they should. But, for the vast majority of real people and fictional characters, that’s simply not the case. To use on-the-nose dialogue for the latter group undermines possible sources of conflict for readers.

Remember, when writing in deep point of view the goal is for the writer to completely remove themselves and write as though they no live in that character’s skin. Deep point of view is method acting for writers!

Instead of using on-the-nose dialogue (having a character say precisely what they think without filter or internal conflict), consider the range of possible options available to your character. Whenever possible, replace the on-the-nose dialogue with actions. This is what they’re saying, but how is what they’re doing show inner conflict? What could they be thinking? What’s the greatest desire at this particular moment? This is how you can layer in tension through subtext.
With subtext in fiction, the tension lies between the saying, thinking, and doing!

What Is Your Character NOT Saying?

We all have reasons for hiding our feelings, our vulnerabilities, our fears. Our characters should be riddled with this sort of conflict. Show this through internal dialogue (what the character is thinking) or their actions.

Novelist Brandilyn Collins, author of Getting Into Character, shares a story she observed while driving one day (can’t remember if she shared this in a workshop or her book). While stopped at a red light, she observed two young women standing on the sidewalk–one is holding a baby on her hip. The second young woman is facing a young man. He’s facing a chain link fence off the sidewalk, pressed up against it as though he wished he could simply slide through the links. He won’t look at the young woman leaning toward him, pointing a finger, her face flushed.

Collins rolled down her window a crack to hear the conversation. It was clear the child was being held by a friend, and the mother was facing down the baby’s father. The mother was yelling. “How could you leave your son? You want him to grow up without a father? Like you did?” (I’m paraphrasing) The young man doesn’t answer.

Clearly there’s quite a few things going on in this scene, right. His body language seemed to say he was full of shame, but let’s brainstorm a few of the things he could possibly be thinking that could contradict his body language (actions):

Brainstorm a variety of things the character could be feeling that might conflict with their actions, or vice versa. With subtext, an internal conflict becomes external.

Subtext Through Description And Setting

This is one aspect of subtext that isn’t often talked about among writers, at least—the ones I hang out with. The objects a character surrounds themselves with can be a level of subtext. What does it say about a character who has a wall of photos, but the frames are all filled with the model photos used by the manufacturer? That communicates something, right. The businessman who owns a huge executive home, but has no furnishings. The drug dealer driving a $75,000 car. Do you see what I mean?

I think the original Shrek did a fabulous job of this. Audiences learned quite a lot about Lord Farquaad just from the things he surrounded himself with. lol

How Relationship Affects How We Write About Subtext

Here’s something fun to try (share your work below if you feel brave). Create a scene between two people angry with each other about something that is NOT happening, but don’t let them mention what it iw they expected/wanted to take place or happen.