You are here: Home / How To Write Fiction - Advanced Tips / How To Recognize When Your Protagonist Isn’t Your POV Character

Is your protagonist the best POV character for your story? Just because the story is about them doesn’t mean they’re the best storyteller in your cast of characters! 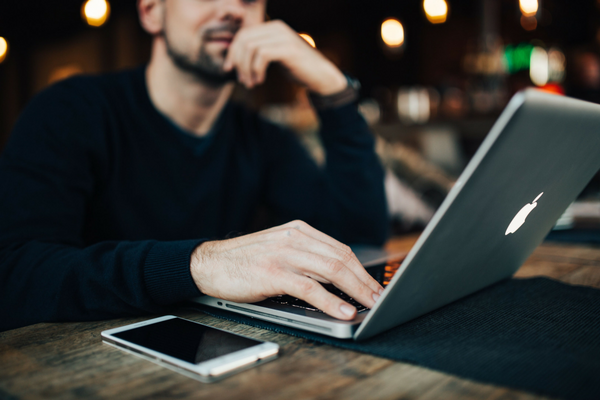 Deciding which character is the best one to tell your story can be tricky. Sometimes it’s a no-brainer, but sometimes an author makes an unusual choice that has us scratching our heads. Having a child’s point of view in ROOM was not what I was expecting when I picked up that story. Yes, Jack was an important character but he had no agency himself. Why is Watson telling all the Sherlock Holmes stories and not Sherlock? Ensuring the right character is telling your story is the difference between success and reader indifference.

So, let’s have a quick look at some terminology so we’re all on the same page as we move forward. Characters should have functions in any plot. If they don’t have a reason to be in the story you should consider cutting them.

The Protagonist has the single job of moving the story ahead. They are the ones whose decisions dictate the direction of the story.

The Hero/Heroine is a combination of both the protagonist and the main character. Commonly in the romance genre, for instance, there are heroes and heroines. This isn’t about what the character DOES but about their function within the plot. Romance authors often include both the male and female protagonist’s point of view and they tell their own stories.

To be clear, choosing a main character is a strategic stylistic decision. Your protagonist may be the point of view character and they may not be. These are distinct roles within a story.

Why Veronica Roth chose Tris to tell the Divergent story. 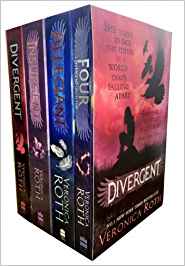 Veronica Roth in her introduction to Four writes: “I first started writing Divergent from the perspective of Tobias Eaton, a boy from Abnegation with peculiar tension with his father who longed for freedom from his faction. I reached a standstill at thirty pages because the narrator wasn’t quite right for the story I wanted to tell; four years later, when I picked up the story again, I found the character to drive it, this time a girl from Abnegation who wanted to find out what she was made of. But Tobias never disappeared–he entered the story as Four, Tris’s instructor, friend, boyfriend, and equal.”

Why Emma Donaghue chose Jack to tell the story of ROOM. 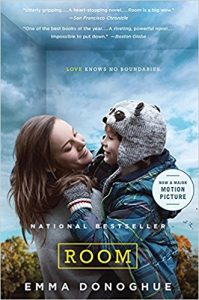 In an interview with The New Yorker, Donaghue explains why she chose a child’s point of view to tell the story of ROOM: Telling these kinds of stories from the kidnapper’s point of view has “become a banal trope of every second crime novel: the weirdo, fetishistic watcher/stalker/kidnapper/kidnapper of women or children. So I never wanted to give Old Nick that much prominence in my novel; just as Ma does, I chose to keep him at arm’s length, not letting him set the terms of the story. And as for telling it from Ma’s point of view, I can’t imagine how to do that without the novel degenerating into a tearjerker, because at every point Ma knows all the reasons to be sad. Nor did I think any of the experts or other adults (such as Grandma) needed their own narration; I thought I could put their sense of Ma and Jack across through reported dialogue. So no, I held to my conviction that ROOM would either have the virtue of originality through being Jack’s tale, or it shouldn’t be told at all.”

At first I thought choosing the point of view character was a product of character vs plot driven stories but that’s not necessarily true. Donaghue says the kernel idea for ROOM came from seeing a news story about a five-year old boy freed from captivity. Her son happened to be the same age and living with a five-year old launched the story. That story started with a character. I have a series I’ve rewritten … I don’t know, I don’t want to think about how much I’ve rewritten that story. It never felt right. It was the story I wanted to tell–sort of. Then, like Roth, I realized that I was trying to tell the story from the wrong character’s point of view. Who the story is about didn’t change, but I needed another character to drive the action.

First figure out what kind of story you want to tell. Now figure out which character the reader would more likely relate to. What genre of story do you want to write? You don’t have to write from the point of view of the character the story is about. Consider To Kill A Mockingbird by Harper Lee. Scout is just observing her father working as a defense lawyer in a trial, but as Scout learns to question her prejudices so do we. THAT was the story Lee wanted to tell. If she’d wanted to write a crime story, having Scout’s father be the point of view character would’ve made more sense.

Books Where The Protagonist Is NOT The Main Character

In Twilight, it would be hard to sympathize with a sparkly vampire when the audience would be mostly teenage females. Instead, with Bella Swan as the main character, readers can identify with her because she’s just like them. Bella is largely reactive through most of the series, Edward is the protagonist. Meyer had planned to release another version of Twilight from Edward’s point of view and the first fifty or so pages were leaked. The story just wasn’t the same for me from Edward’s point of view. I couldn’t cheer for him in the same way.

Sherlock Holmes is arrogant, dismissive, rude, sarcastic, and a loner. Watson is the only one willing to spend extended lengths of time with him. Watson stands in for readers because he can ask questions it wouldn’t organically occur to Holmes to explain and let’s face it–Watson is a better writer.

In ROOM, Jack has little agency. Things happen around him, to him, over his head. Readers are able to follow the story through overheard dialogue and with an adult’s understanding of a child’s perspective. Donaghue wanted to tell a coming of age story, in the sense that each of us has had that moment where we’ve realized the world is so much bigger than we imagined. We’ve all had moments where things we held as absolute truths (like Santa Claus maybe) turned out to be not quite what we thought or had been told to believe. If she’d wanted to tell a mystery, crime, detective or horror story, then Jack’s point of view would’ve doomed the story.

Have you considered which character is the best one to tell your story? Know any other books where the main character and the protagonist are not the same?