You are here: Home / Business Of Writing / Should You Write For Genre (and monetary success)? 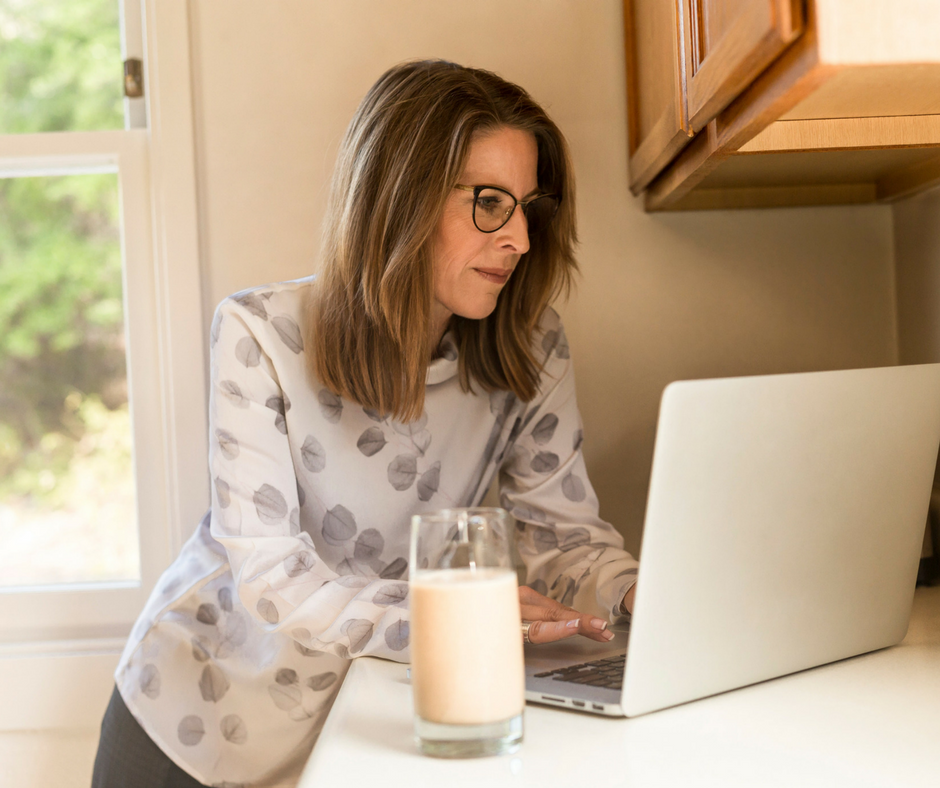 Should you write for genre (and tied up in that is the expectation that genre fiction sells better than literary fiction so you’ll find more monetary success)? I don’t think writing to genre is bad nor do I think avoiding all discussion of genre wise either. You can write the best book in the world, but if don’t know how to sell it, if readers can’t find it – then what?

So, the core of this argument is – should you write to genre (staying within the creative limits set out by reader expectations) or just write whatever you want and then figure out what shelf it’ll go on. I don’t think there’s a right or wrong answer here, I know people who’ve been successful doing both. Writing genre fiction is not a ticket to financial freedom nor can you realistically write anything you want, call it literary, and make a million. Really, there’s only a right-for-you answer and ultimately it’s a marketing question.

Today I’m answering a reader question. Have one? Send it in!

Are you able to craft a story that fits within certain parameters? If you want to write for the Christian market, there are specific “rules” you must follow or readers will abandon you. But the same goes for romance, cozies, and a number of other genres.

I’m told if you’re writing cozies readers expect to find a recipe at the back. If you want to write a gritty crime novel, don’t market it as a cozy just because there’s a lot of readers for that genre. They’ll KNOW. 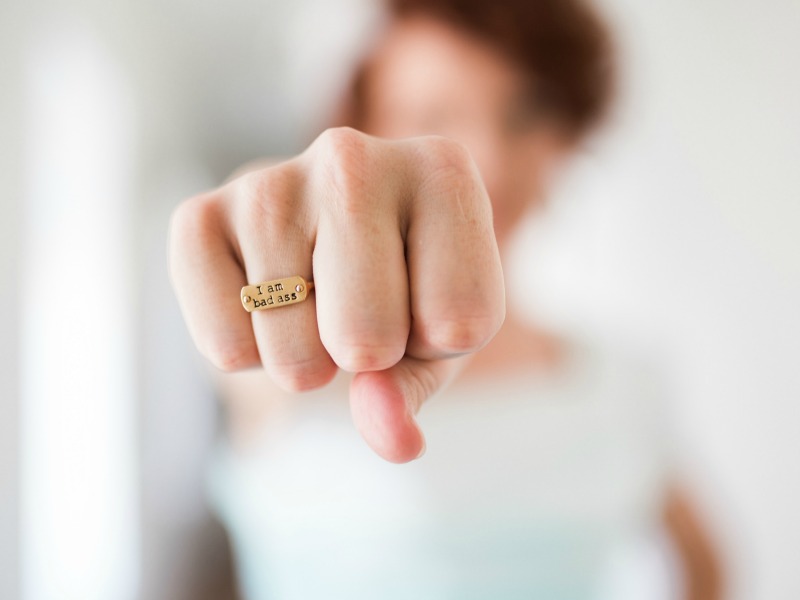 Writers, as a stereotype, dislike labels and boxes and rules. I know I do. We’re artistes after all. When I try to write to genre (which is a box with specific reader expectations, tropes, and outcomes) not only do I go outside the lines, I stomp all over the box. It’s not intentional – I actively plan on sticking to the rules. But in the middle of crafting the novel, I get caught up in the art of it and won’t this be cool and I love where this character is going and I’ll only bend the rule a little here and here and maybe here too.

It’s all happy birch trees and beaver tails until you hand a proposal to an agent for a specific genre and their eyes grow round as an owl’s and they … just … stare. You can see the emotions flicker across their faces – is this a serious proposal? They’re serious. The writing is good, but I’ll never sell this. I’m not sure I’d even read it. The proposal makes me feel dirty… (I’m paraphrasing what I believe likely goes through the minds of Christian agents when they’ve read my proposals).

It takes talent, I think, to make an agent lose the ability to speak for a few moments  before they reject you face to face. It’s the church-polite equivalent to Hell No! I once asked an agent why he rejected my proposal thinking I might tweak it and get different results (months later at a different conference – no emotions on the line). What was it about the idea he didn’t like, was it the presentation or the hook, did he understand what the book was about (I mean, kudos that he remembered my proposal so vividly – I’m probably one of those cautionary tales he tells at writer’s conferences). He laughed. No, he rejected the book because the proposal was so good he knew exactly what the book was about. That’s something, right? o_o Maybe?

That’s when you know that you’ve not only missed the genre mark, you’ve flattened the box completely. 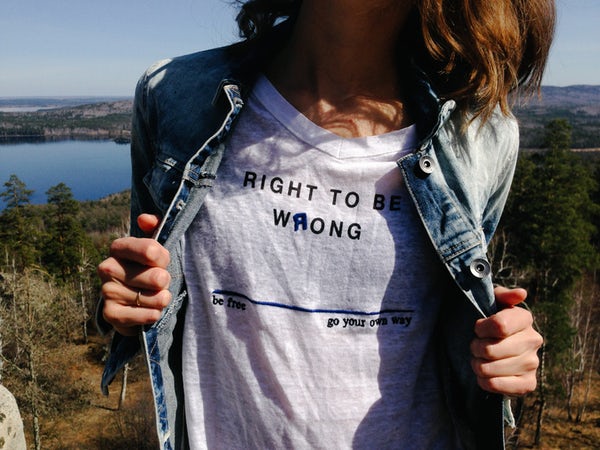 If you want to write to a specific genre, the trick is to employ some art without being artsy.

By artsy, I mean being too original or using art for the sake of art rather than to connect with our audience *cough* Fergie’s national anthem *cough*. Being artsy is fine if that’s what your audience is expecting, but if they have specific expectations and you decide now’s your time to be original and take risks–it’s going to fail.

This is the difference between literary fiction and genre fiction. In literary novels, there are few conventions. Writers are free to experiment and get real artsy and readers embrace that. Write an entire novel using only one period if you want – have at it. Being artsy doesn’t mean people will love your ideas (see above example). There’s this perception that literary novels don’t sell well. They’re definitely harder to market, but if a good book lands in the hands of enough readers they’ll tell their friends about it.

In genre fiction, readers come with pre-loaded expectations of what they’re going to get and if you violate those “rules” readers will hate you. In literary fiction, the hero can die after a novel-length romantic story. If the hero dies in a romance novel, your readers will send you hate mail.

If You Must Be Original…

If you must be original, and I confess that I’m really terrible with rules, write the story in your heart. Just get it out. Polish it up. Get it professionally edited. Then sit down and figure out which shelf (or shelves) you can slide it onto where the readers that love your kind of story hang out.

When we consider novels that smash genre rules, I always think of the Outlander series by Diana Gabaldon. It’s a time travel novel, no–it’s a historical, no–it’s romance, no–it’s fantasy — ARGH!! It’s actually all of those things and yet, none of those things. Gabaldon admits that at book signings when people asked what genre the book was, she’d consider the age and gender of the reader asking and then pick the genre they’d be more likely to read. An older gentleman – it’s a historical. A younger woman – it’s a romance. A younger man – it’s a fantasy or a time travel novel. But once her novels hit the bestseller lists, genre didn’t matter. Nobody cared.

But that question of genre meant Outlander almost wasn’t published at all. Gabaldon says her publisher sat on the manuscript for 18 months because they didn’t know what shelf to put it on (the shelf/genre determines which readers will immediately dismiss it, the cover art used, the length, etc.).

Here’s what she said: “Whenever you’re dealing with something that’s difficult to describe, that you can’t get across to someone in a sound bite, it sounds like the normal default is to pick what’s easiest, and in the case of fiction written by women, fiction involving women, fiction involving any sort of relationship, the word that comes to mind is romance. It’s canned stuff: “It’s steamy, it’s stirring, it’s sizzling, it’s a bodice ripper.” And as I say, in romance novels, those are courtship stories. Once the couple is married, that’s the end of the story. And in our story, that means we would have stopped at episode seven. I’ve never seen anyone deal in a literary way with what it takes to stay married for more than 50 years, and that seemed like a worthy goal.” (read the whole interview here)

So, that’s a longish answer to a short question. Sort of. Write the story that’s got you excited. Be as creative and artsy as you want or know the intricacies of the genre you love and write within those boundaries. Define your chaos, as Gabaldon says. Then when you’ve finished, sit back and figure out the marketing. Which shelf should it go on? Where do you want it to fit and what will you have to change to make it work?

Don’t forget, nothing is written in stone if you’re Indie. If a story falls flat on one shelf, all things being equal, give it a new cover and maybe a new title (these must primarily be marketing decisions) and see if it attracts those readers better. Once readers get a hold of it and start telling their friends, the genre stops mattering so much.