You are here: Home / Editing And Marketing Fiction / Editing In Layers Part 2: Plot 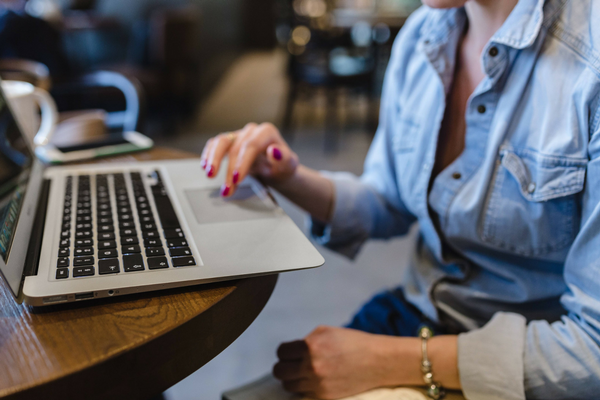 Are you stuck on an unending groundhog day cycle of editing the same book for years? I created this 5 layer editing system a year ago to be more efficient and effective with my edits and rewrites. Since I started using this system, I’ve written 3 books, rewritten one (for market and audience even though it won a national award), and am half done a fourth.

The problem with the unending edits is that a small change in the middle causes ripples that force you to go back to the beginning and start all over. By the time you get back to where you made that small change, you’ve made a dozen other small changes that force edits in the latter half of the novel and on and on it goes. You’re never finished. It’s exhausting, creatively numbing, unending, and eventually you give up to work on something more exciting.

I won’t promise this process will fix all your editing woes, but it fixed a lot of mine. Feel free to adapt this system to make it work for you. I’d love to know the tweaks you added in the comments.

If you haven’t read part 1: Goals, make sure you do that. This foundation step is crucial. If you skip this, none of these other steps will help you. If you don’t have a first draft or are struggling to complete one, this post on fast drafting might help. 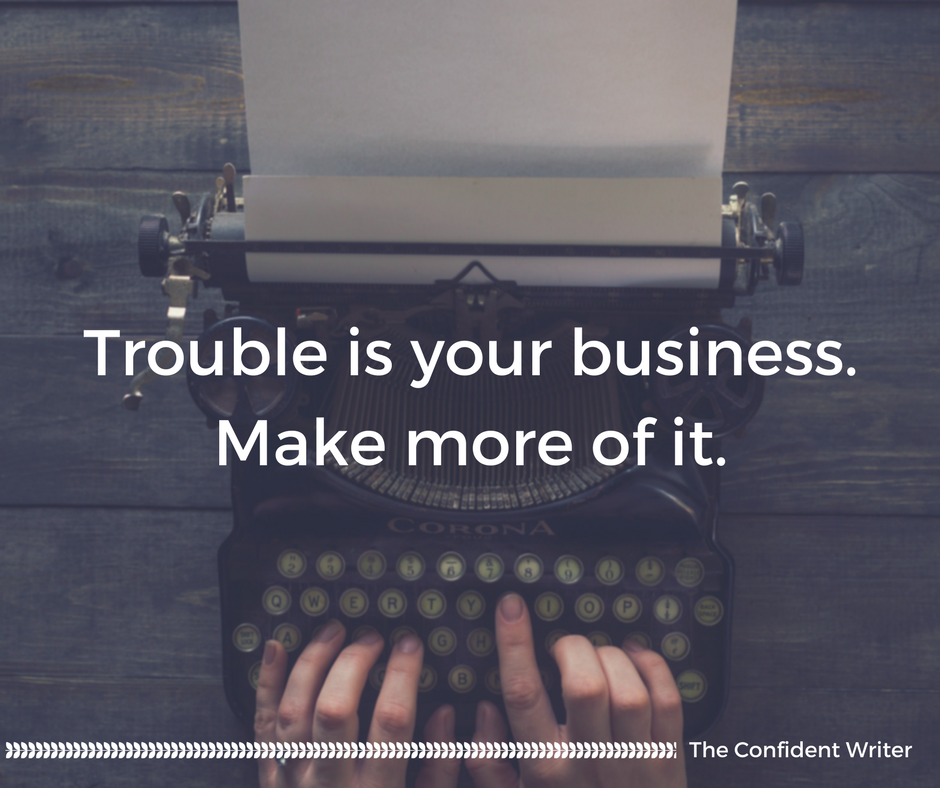 Where Do You Start?

First, let’s review the work we’ve already done. You’ve got your first draft done and you’ve identified story goals, character goals, and the emotional arc. Keep those three things in your back pocket with this layer. Plot is a big picture review of your story. As you read through the manuscript on this pass, resist the urge to correct word choices, punctuation, or small details. We’ll get to those. If you start doing that you’ll get distracted or bogged down. Stop!

These foundation pieces can’t move once you’ve corrected any problems, so knowing what kind of story you want to tell is imperative (story goal, character goal, emotional arc). If you play around with one of these foundation pieces in later steps, you’ll have to go back to this beginning layer and start over 🙁

Now, if you’re a plotter not a pantser, you may have already done this work before you started your first draft. You can probably get through this step quickly as confirmation of what you’ve already worked on.

Start With A Final Word Count

What’s your final word count? For the sake of example, let’s say you have a 63,000 word manuscript. Divide that into quarters: 25%, 50%, and 75%. Determine what the page numbers should be to roughly correspond to those word counts.

Scroll to those places in your manuscript. Where are you in the story — what’s taking place? These percentage points correspond with where major plot events should take place (I give myself a ten page leeway on either side of that page number). Write it down on a notepad. Plot out your story. What’s happening at those markers. Are those the corresponding plot events?

What To Look For: Inciting Incident

The inciting incident (the ‘inc inc’ as Les Edgerton calls it) should happen right near the beginning of the story. Some say it should begin on page 1, I’m not that dogmatic about it. I’ve seen the inciting incident happen successfully on page 1 and sometimes at the 5% or 10% mark. I do think genre dictates how soon the inc inc has to happen, but not everyone agrees with me. This is the character goal from our foundation step. What does your protagonist want/want to accomplish/attain most? What is it they will spend the book trying to achieve?

In The Lord of the Rings, Frodo’s story goal is to destroy the one ring. He’s convinced that is the answer to his story problem from beginning to end. The inc inc has to create the problem that’s led to this solution being the story problem. You may find you’ve started too soon or too late. The inc inc must be compelling, feel insurmountable, and definable. It’s possible to have an improper inc inc and still have a solid story, but you may have to rewrite a few things to make everything solid. You can’t skip this. 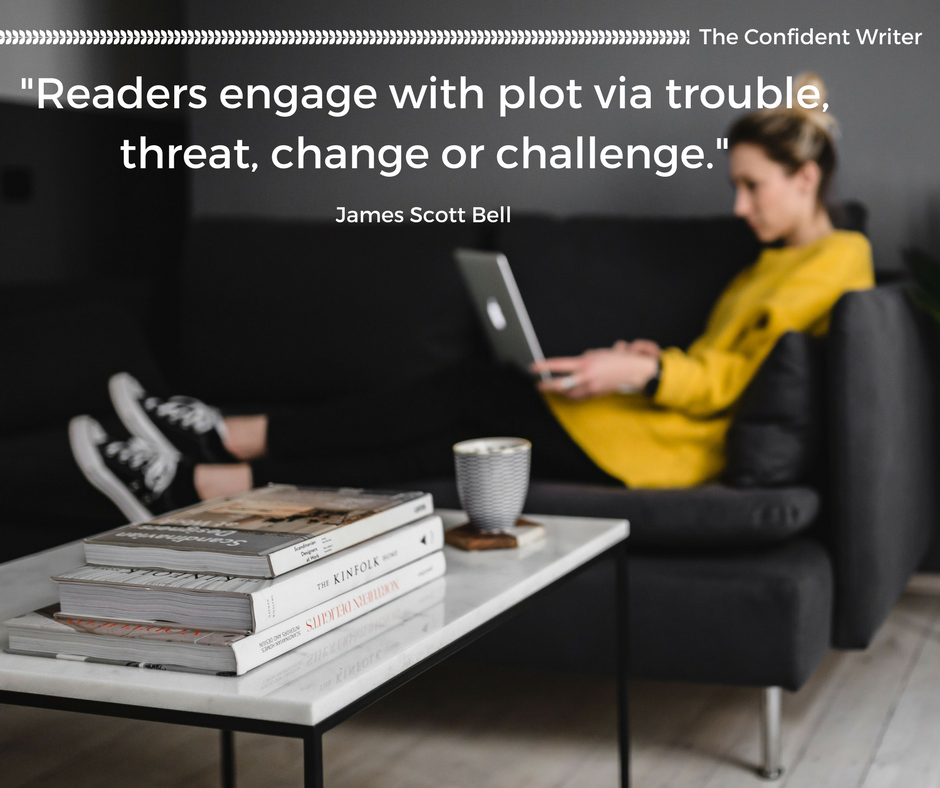 What To Look For: Point Of No Return

Why? This is a discussion of reactive vs proactive characters. I’m a visual learner, so when I work through this layer I picture Buffy (Buffy the Vampire Slayer) vs Bella (Twlight).

Something happens at the beginning of every episode to Buffy–an inc inc, but after that Buffy DIRECTS the story (she’s proactive) by the choices she makes. Stuff happens TO Bella (she’s reactive) and she is constantly behind the 8-ball. Here’s where your story goal comes in. What kind of story do you want to write? Is your writing good enough for readers to cheer for a character who’s reactive? The general rule is write fiction protagonists who are proactive because they’re more interesting to read about and cheer for.

What To Look For: The Mirror Moment

At 50%, look for the mirror moment. This is what James Scott Bell describes as the emotional heart of a story. It’s the point in the story where the protagonist looks into a proverbial mirror and realizes they have to change. They must shed fears and flaws–toughen up.

“It’s about the Lead character, taking a long, hard look at himself (as in a mirror). He asks, Who am I? What have I become? Who am I supposed to be?…or the mirror moment is when the character realizes that the odds are so great he’s probably going to die.” James Scott Bell

What’s happened in the story that’s forced the protagonist to look within themselves and decide they have to change? This won’t be a whole scene, it should be just a couple of sentences. It’s imperative that it happen and that it happen roughly at the middle. This is another plot point that’s easy to miss.

If you find this is missing, that’s OK. Likely the emotional mid-point is already in the story, you just need to have the character look inward for a moment (no navel gazing) and decide what’s got to change. This doesn’t have to be outwardly stated, feel free to use some *cough* art *cough* but don’t be too obscure either. At the beta reader stage, you can easily determine if this is clear or not and fix it accordingly.

What if there’s too much/not enough space between the point of no return and the mirror moment? Ah – this is the very reason we’re working through this layer. If these plot points happen too close together, I’ve often found my inc inc is wrong most of the time. If there’s too much space, you have to cut the scenes that aren’t moving the story forward. Be ruthless. Does EVERY scene see the protagonist being proactive and moving the story forward? If not, it’s gotta go. Use the character goal and emotional arc as a guide for what stays and what goes. 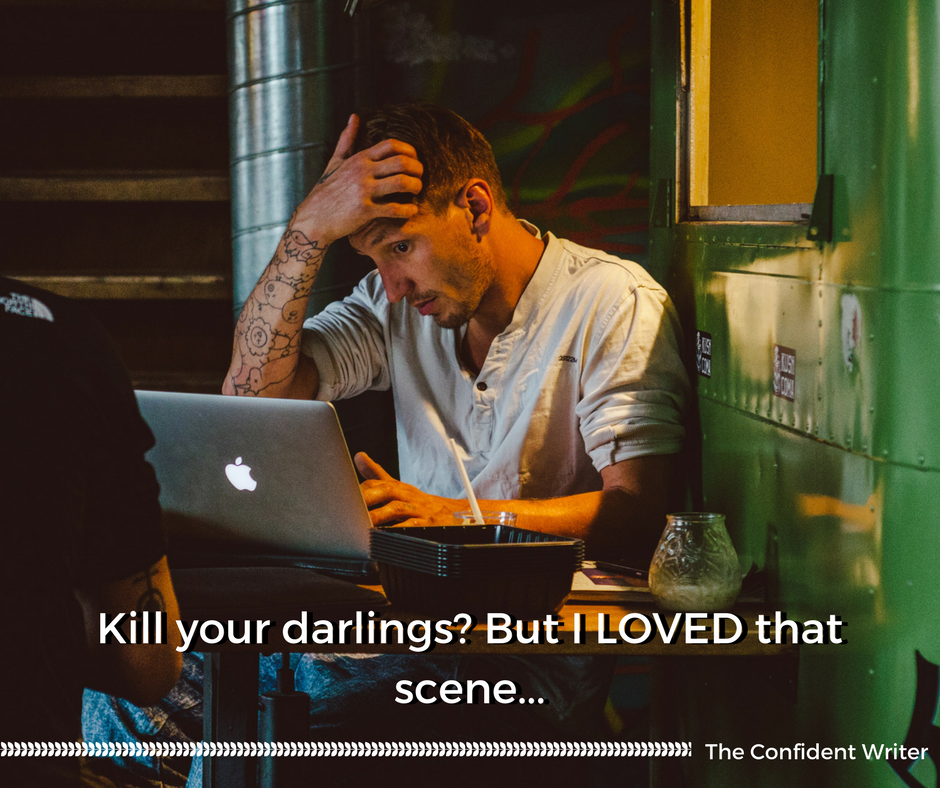 What To Look For: The Major Setback (All Is Lost)

At the 75% mark, you’re looking to make sure the major setback happens. This isn’t the final climax, that happens later, but the major setback is a devastating setback or failure. This setback all but destroys the protagonist. In a romance, this is where the hero’s deception is revealed and the lovers break up. This is when Frodo wakes up to find he’s been captured by the enemy and lost the ring. It’s when Aragorn meets with Sauron’s mouthpiece outside the Black Gates and believes Frodo’s been killed and the ring lost. Right – this is BLEAK!

With the all is lost moment, the protagonist must choose an all or nothing push. It’s do or die at this point. This isn’t the big climax, but it’s what compels the protagonist that big bad conflict is not only necessary but is essential to survival.

Remember, if there’s too much space between the mirror moment and the major setback you’ll have to be ruthless and cut some out. At this point, if you have to cut scenes that you’re certain are required you might look at increasing the length of your story. Length is often a marketing decision though, so make sure you’ve done some research on your genre and what’s standard. You’ll have a hard time selling a 100,000 word romance novel, for instance.

When I’ve faced this problem I’ve had to face the reality that I need to simplify my plot. There’s too much going on. Really get down to the bones of the story and the character goal — you may be able to eliminate scenes by tossing a minor subplot without sacrificing the main story you want to tell. (Painful — ask me how I know :/  Better to find out at this stage than after you’ve done all the work of cleaning it up, getting covers, etc.)

What To Look For: The Climax (Final Push)

In the final quarter, where does the climax happen? Is it bigger and worse for the protagonist than the major setback? Are the odds of success totally against them? Will the reader lean forward in their chair trying to figure out how the protagonist is going to pull this off and cheer for them to go for it? That’s what you’re looking for. This conflict must end with the protagonist getting almost everything they wanted (remember the character goal), but also delivers a loss (emotional arc). This was addressed in more detail in part 1.

Frodo does end up destroying the ring, but he’s so broken emotionally and physically he has to leave Middle Earth. It’s a win and a big loss.

You’ve done the hard objective work of analyzing what’s happening and when. Hopefully you’ve confirmed you have a solid foundation for a story or where you need to tighten things up. First drafts are supposed to be fugly, so don’t throw in the towel if you discover your story is broken. At this stage, taking the time to rearrange blocks and rewrite a few others will save you hours and hours of work later.

The key to this process is to be objective and ruthless. Look at each plot point and be sure what the protagonist is thinking and feeling at each stage. Is each new plot point the result of an action they have taken to solve their story problem? Do the plot points happen at roughly the right point in the manuscript?

Once you’ve analyzed what you’ve found, go ahead and make the necessary repairs. Remember, don’t focus on description or word choice or punctuation or any of that. If you can be laser focused, you’ll be able to work efficiently and get through this fairly fast depending on how many repairs are required.

If you’re not sure or don’t have the experience to know if you’ve got things right, share your results with your writer’s group or ask a more experienced writer. Get some honest feedback.