You are here: Home / How To Write Fiction - Advanced Tips / 5 Tips On Writing A Trauma Backstory 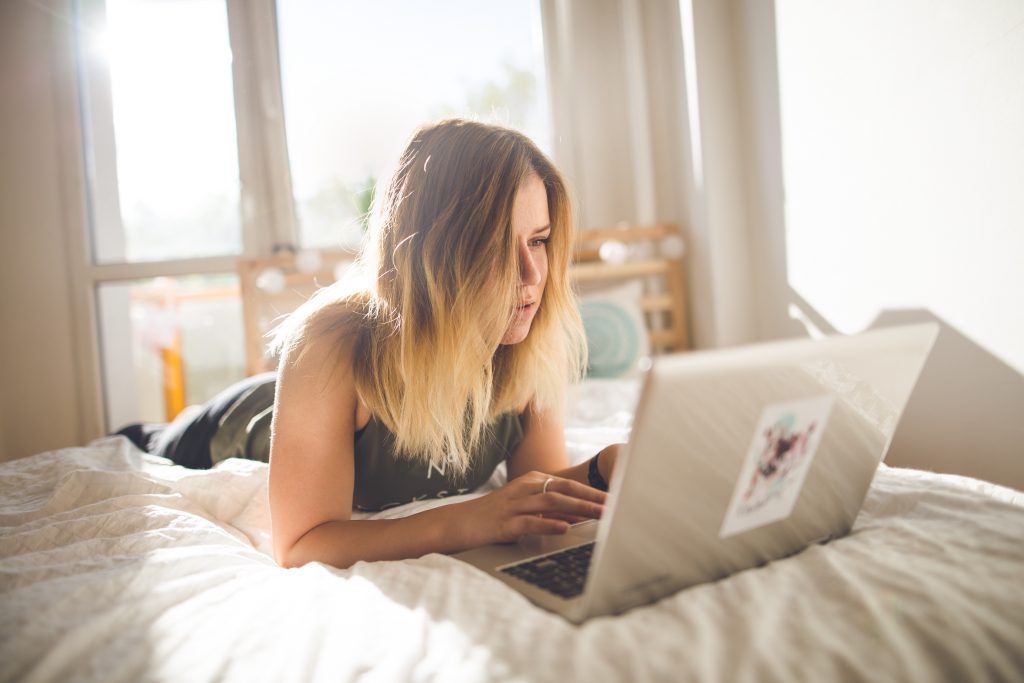 Life is hard and as writers, we aren’t doing our jobs unless our characters struggle. Am I right? Good fiction isn’t borne out in the comfortable and easy living we might dream about, but in the tension and conflict between characters and/or their own desires.

Giving a character a backstory that includes trauma (part of their backstory at any rate, because no one wants to be defined by that one awful thing that happened or they witnessed) is a great device to create inner tension, and often leads to conflict.

When writing in Deep POV (point of view), the intent is to be as authentic and real as possible. It’s a personal observation that trauma backstory either irreparably cripples a character (think Lisbeth Salander from The Girl Who Kicked The Hornet’s Nest) or doesn’t seem to affect them at all (think any of the principle characters from Criminal Minds – I mean, how much trauma can you witness and still not have it affect outside relationships?). And sure, there are outliers who struggle with severe PTSD and some who seem able to brush anything off, but for the majority of us the reality of a past (or backstory) with trauma is somewhere in the middle. The power of Deep POV is the ability to layer emotion and create realistic reactions.

5 Truths About A Traumatic Past Writers Need To Remember

Traumatic events, current or historical, are the equivalent of an emotional tsunami. Primary emotions are the raw, knee-jerk emotional reactions to stimuli we all experience and are the most common emotions given to characters. Some primary emotions that could be triggered by trauma would be: fear, frustration, guilt, self-doubt, hopelessness, loss (physical or psychological), powerlessness, loathing, denial, sad, etc.

Don’t be lazy. As a writer, you need to dive deep into these secondary emotions and layer the primary emotions so the reader can experience the loss, anxiety and trauma with your character. Writers Helping Writers has a great entry on overcoming abuse here that walks through trauma and character motivation.

For someone who’s experienced past trauma, (emotional, physical, sexual, verbal) each time the anxiety is triggered doesn’t mean that the actual events are recalled with any amount of detail. For someone with PTSD, unless there’s a flashback, the body reacts to the past trauma as though it’s happening all over again but they might not necessarily actively recall the event. Who would choose to relive the worst moment of their life over and over? More likely, they’ll avoid thinking of it at all which makes your job more difficult but rewarding when readers figure it out. Writers need to treat this carefully when using trauma as backstory.

Physiological symptoms are one way to signal to a reader that the character (or at least their body) is reliving a traumatic event even if they won’t think about it. A woman who was abused as a child will not want to relive the abuse in her mind every time a man larger than her walks into a room. Who would want to live like that? Those who can’t not relive that event often turn to something to numb the memory whether it’s a substance, risky behavior, dissociation, or some other coping mechanism. However, this woman might notice her heart rate accelerate, she might begin to sweat or blush for what feels like no reason. She may maneuver herself to make sure she can make a quick exit if needed or insist on sitting at the end of the row or table. These are all symptoms of anxiety. By providing this evidence of what this woman is experiencing, the reader can draw the conclusion that she’s struggling with something from her past.

With backstory, you want to answer one question and leave the reader with two more. 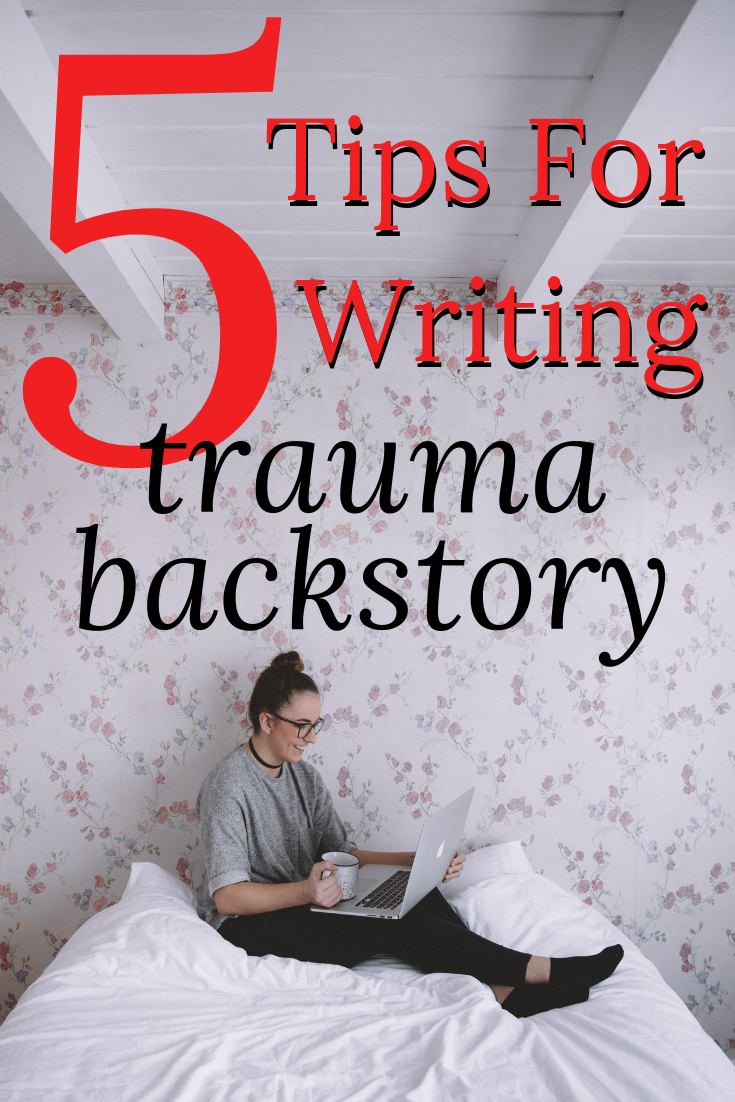 Most people have heard of the fight or flight survival instinct – you either try to get away or escape somehow, or you come out fighting. Sometimes fighting looks like getting angry (at themselves or others) – it’s just not flying fists.

Freeze looks more like learned compliance, going numb, denial, fatigue, or even dissociation. If we can’t get away or fight our way out, our brain has this incredible ability to escape within itself. Fawn is like the possum playing dead. Sometimes this is done consciously, complying but looking for an escape or sometimes it’s unconscious. They take a beating knowing the abuser will pass out and they can be safe or flee.

Read more about Fight, Flight or Freeze and how they overlap here.

To show character growth, try giving your character a personal vow that triggers an emotional response, a promise they’ve made to themselves, or some kind of motivation.

What these desires signal is that there’s a festering wound the character wants to keep covered up and hidden. What they need to do is expose that lie to the air and let it heal, work through the primary emotions causing it all. I call this process emotional context – read more about that here.

The Myers Briggs personality tests claims that a large majority of people are equipped with enough introspection to sort these things out, but some personalities do it better than others so it’s unrealistic to think that your character (barring some other obstacle such as psychopathy or narcissism) isn’t capable of this growth. Here’s a great article that talks more about those personalities and how they deal with introspection.

There’s a lot of room in these situations for character arc. Let these characters learn as they go through the story. If they begin the story having already overcome the trauma, make sure there’s real justification for giving them the trauma to begin with. Don’t end the story with them as broken and floundering as when readers first meet them, they must grow somehow. Something has to give, right? No one repeatedly signs up to be beaten and abused by their past, either they get over it, they get even, or they find some way to forget about it/numb the pain.

The thing about PTSD and anxiety is that the effects and consequences are very individual. It’s usually a result of feeling powerless (having no voice), and hopelessness at being unable to change the situation or outcome. Two people can experience the exact same trauma and one person can walk away with PTSD and the other not, they both might, neither of them could have PTSD. They could both have PTSD to differing degrees or have different triggers.

Read more about healing from emotional and psychological trauma here.

Those feelings of powerlessness and hopelessness can be caused by a wide variety of situations that to some people may not seem all that traumatic at all, so personality can play a large part in this. Having surgery or intrusive medical procedure at a young age can leave someone with anxiety. Neglect, abuse, or simply an unsafe living environment can cause trauma. Loss or separation from a parent at a young age can cause trauma. Emotional neglect is devastating and can happen in an otherwise “happy” home where children are well-provided for. Basically anything that forces a child to feel insecure can cause trauma. The younger a child is when this trauma is experienced, and the length of time it continues, the more devastating the adulthood anxiety can be.

As a writer, you don’t need your character to experience some kind of catastrophic attack (rape, kidnapping, torture) to experience anxiety. Being locked in a pitch-black room as a child just once can cause lifelong anxiety. The degree to which the adult allows this anxiety to define them, or shape their thinking (often trauma leads to shame), the more the consequences will become evident in day to day life.

Remember that whatever sort of trauma is given to a character, to layer the emotions the event caused. Make sure to realistically portray how the character thinks or remembers the traumatic event. However, don’t be afraid to make that character uncomfortable, to throw them head first into whatever their worst fear is and let them become stronger because of it. Those are the characters readers cheer for!

What kind of historic trauma have you given your characters?

Been told you should learn Deep Point Of View? Had an editor or critique partner tell you to “go deeper” with the emotions in your fiction? Looking for a community of writers seeking to create emotional connections with readers? Check out the Going Deeper With Emotions In Fiction Facebook group.