You are here: Home / How To Write Fiction - Advanced Tips / 4 Tricks To Keeping Fight Scenes Authentic 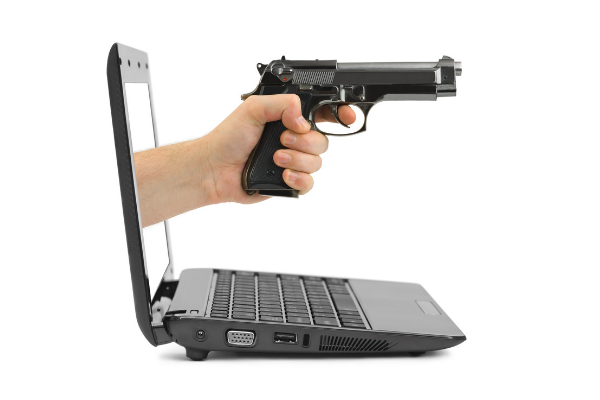 You want to deliver the best punch possible to any action or fight scene because in deep point of view, the reader is IN THE ACTION so it better be believable. You need words that will pack a lot of meaning into them, show don’t tell, maintain a fast pace, move the story ahead, and deliver characterization – action scenes need to do a lot of work so don’t skip or skim over details that could make or break these pivotal scenes for readers!

In deep point of view, we (the writers) are not telling the story. We are writing it as though the story is happening in real time and coming directly from the character. Removing distance, telling, and filters helps, but ask yourself some key questions:

This post contains affiliate links, meaning, if you click through and make a purchase on Amazon.com, I may earn a small commission at no additional cost to you.

The fallout of these scenes can be very powerful, but the outcome feels fake if the battle to get there wasn’t bloody (physically or emotionally).

How To Put Your Reader In The Action With Action Scenes

Let’s dive a little deeper at the techniques and stylistic choices that add a punch to your action scenes in deep point of view. How much internal dialogue you use will be determined by your POVC’s (point of view character’s) personality, perceived threat level, and also the genre you’re writing in. Sword and sorcery novels will be expected to have less internal dialogue in action scenes than paranormal romance for instance.

Some genres prefer what I call thoughty characters and skim over the action details. The specificity is in the emotional chaos and trauma caused by the action scene. Other genres want to focus on the physicality of the fight scene and work through the emotions later.

Remember, in a life-or-death action sequence all you have time to do is react. Psychology tells us that the part of the brain responsible for survival—that fight, flight or freeze response, shuts down or slows functions that aren’t needed to survive. That’s why bladders release when people are scared. That’s why we have a hard time thinking or forming articulate sentences when we’re frightened or panicked. Everyone will have a different window of tolerance so what terrifies one person will cause barely a blip for another. If your character is or isn’t freaking out, make sure the reader knows THE WHY.

But not every action sequence is a life-or-death scenario. Be strategic in what you need that scene to accomplish story-wise. What are some of the stylistic choices you can make when writing an action scene?

Hit, punch, jerk, stab, strike, slice — these are all words that sound fast. Compare that with words like push, gouge, impale, run-through, pummel — these are all well-used words in action scenes too, but they don’t sound fast. It’s the hard-consonant sound that can get onomatopoeia working for you. That’s not to say don’t use words with longer soft consonant sounds, but it’s something to keep in mind.

Instead of having your POVC strike an opponent in the face, have them crack an eye socket. You don’t have to be graphic or gory if your genre doesn’t call for it, but if you’re able to describe with more precision what’s happening it’s easier for readers to picture.

She swung wildly with her knife.

She swung for his eyes with her knife.

One makes you wince and the other doesn’t quite engage you the same way, right.

Use action scenes to build characterization. Someone who’s a trained killer will know precisely what organs, joints, or bones they’re aiming for, what damage they’re aiming to create, and how debilitating that injury will be. The housewife assaulted as she’s getting into her van in a parking garage will be fighting for her life. She might not be able to use the same specificity as the trained assassin. It’s the difference between a sucker punch to the gut and one to the spleen. These strategic word choices show your reader a lot of things about your character—but be true to your character. If they couldn’t find their spleen with a map, they probably wouldn’t use that word, right.

Be strategic with your verb choices. I pointed out the sound value that can work for you, but verbs can also infuse either positive or negative emotion into each action sequence. Let the verbs do some of the emotional lifting so you don’t have to use internal dialogue to show those details as much. Trust your reader. Consider:

nudge vs punch vs wallop

These words hint at the nuance behind the intended force but also the emotion behind the blow. This is economic writing that packs a punch – pun intended lol

Most action scenes are short. You can’t maintain that breakneck pace without readers checking out just to breathe. If you’re writing a prolonged battle scene (whether it’s with fists, swords, or words) remember to give the reader a chance to breathe.

Move the fight to a new location – the argument moves to another room, another player enters the scene (the waitress brings the meal), you get the idea. This also gives you a chance to change or ratchet up the emotional tension in the scene.

Nothing will jerk your reader out of the story like something impossible. We’ve all seen the bad guys jump off a roof and walk away from that. *rolls eyes* Where we might turn to our partner or friend and comment about the lack of reality in a movie and keep watching, many readers will distance themselves from the story and never get back into the action again.

I am very blessed to have a sister-in-law who’s a critical care paramedic, and a friend who is training to be a competitive MMA fighter. I have bounced questions off of both of them to make sure I’ve gotten details correct.

A fight to the death should be dirty. Too many fight scenes employ these half-hearted, polite swings and head butts. If your life is on the line, you’re going to draw blood, break bones, there won’t be any holds barred.

A writing teacher rightly criticized one of my fight scenes between two trained soldiers as being too tame. These were two characters trained and experienced in killing people. One is overpowered and stops relying on fancy moves and is simply trying to survive. The critique rightly pointed out that character didn’t want to live, because a teen in prison with a make-shift shank would fight back harder than that. I undermined that character’s believability by pulling up short on the action scenes.